We all are surrounded from illusion. Illusion of being sad, stressed, frustrated, fucked and being happy, motivated, blessed, or inspiration ourself to do something new. These all illusion have a cold sense of touch. They filled you with a hypothetical world. No matter how much you believe on the real truth, still you will get down in this sea of illusion.
And It’s good, because they are part of your life, and listen as I said they are part of our life, but our life ain’t a part of them. So no matter how much it will try to sink you in the depth, you should have trust on yourself that you will and you will float. No matter how much higher the tides are or it will going to be, you will cross the sea.
Although sometime see the depth of sea too.

But as said by “Three Eyed Raven: It is beautiful beneath the sea, but if you stay too long, you’ll drown.”

In lap of mountains nearby kareri lake, dharamshala, where there is lot of danger to one’s life. He is there, devoted to his owner keeping everyone safe, from animals of the jungle, in the dark night.
While the dark night in our tent, I woke up more then 3 times because of cold, after all the warm clothes I wore. I don’t know how and where he sleep with his wife and his alone survived son.
He could go back to kareri village where life is more sustainable but still he is there with his owner.
When we were coming back we saw the footprints of bear.
No matter, if he had to lose his life for us, he wouldn’t think twice. And in return what he was seeking, real love and care. 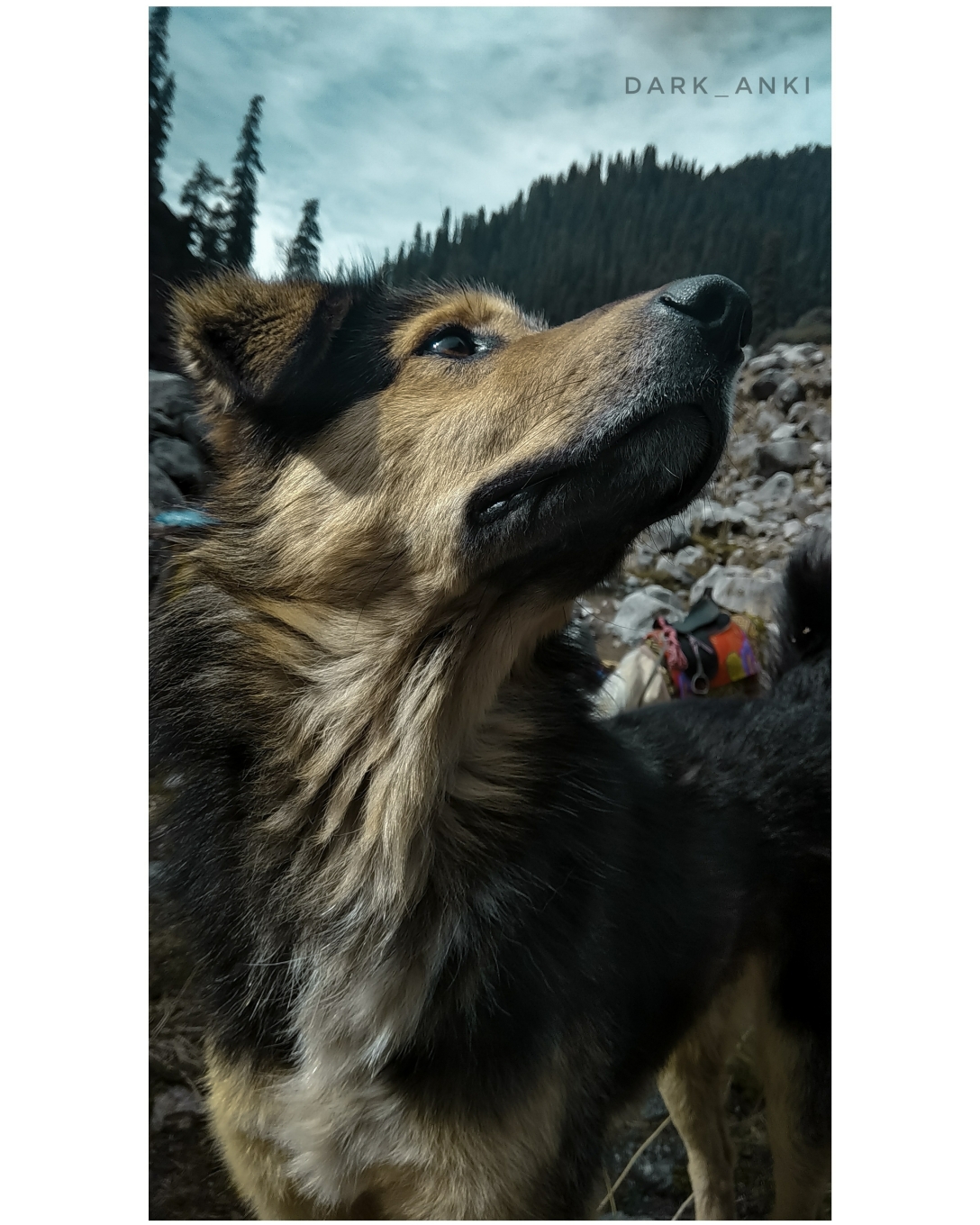 He is the real hero. The Dark Knight.

When you get tired of all the things happened in whole day. Stress started to consume your intellectual powers. Your mind just say ‘stop everything, just relax’
At that time when you are sitting with your best guys or with your group of people who still have strength to endure your senseless jokes and talks. It’s time to clean your mind who had become dustbin because of whole shit, you went through in the day.
And your friends whom minds already have become garbage, still sit there to let you clean your mind. And turn by turn everyone will get relaxed. Forgetting all the bad things they went through whole day and reminding again the good things happened. That how we bully each other. Who is going with whom? How the teachers were reacting? How much pending work left? Where we are going for our next trip. And stabilizing our other emotional issues. Friends are always there for everything. But all these things are incomplete without one thing and that is ‘Nescafe’.
One sip and you get addicted, gone out from your real shitty world to the paradise for moments. 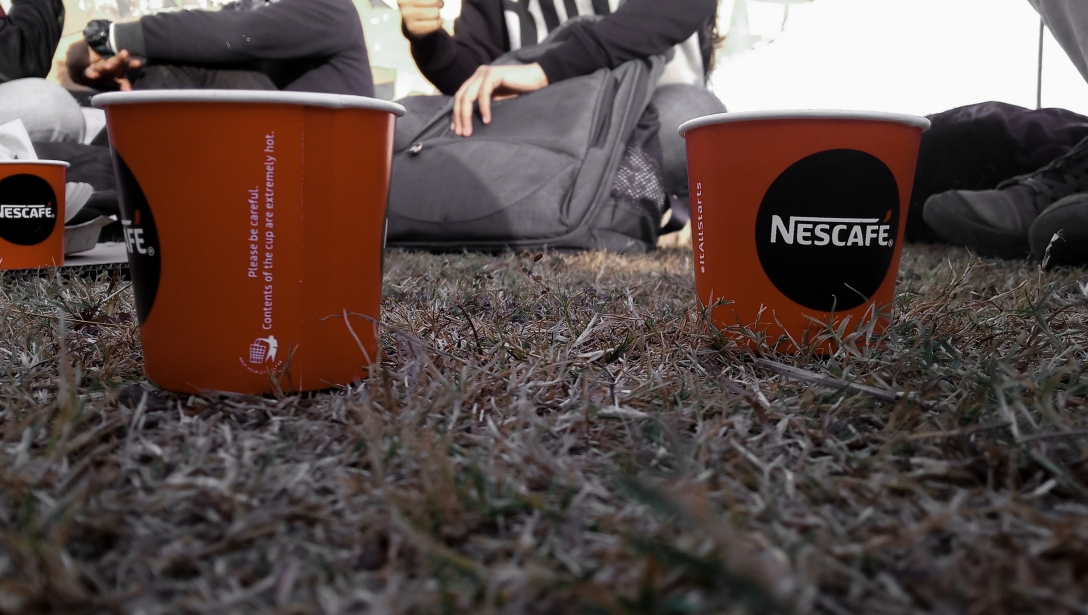 We all are walking and walking and walking in an infinite loop again and again. From our childhood first we start to crawl, then taking a single step, and then walk and then running. Since that day we are running all the day and preparing ourself for next run in night. From our childhood we grown up running behind being adult and now we are trying to stop our feet back to be old and wished to be child again.

If I ever I get a choice I want to talk to my life and to tell him that everything he throw to me, I passed and I become more stronger that what I never wished too.

“Why didn’t you say a thing?” She asked, her eyes were filled with curiosity.

Well I wrote a few letter, apologizing and told her that I love her.” I replied.

“So she didn’t reply, you didn’t go back there.” She asked.

“Yes.. I did visit that place, I saw all my letters there, no body lives there, from the day I left that place was abandoned and yes she was replying to the same adress. I read her each letter, they were similar like mine. Except the last one, that one was invitation of her marriage.”

“What happen then? Didn’t you try to find her?” She was so curious, her eyes were staring directly into my eyes.

“Yes I had her new adress, from the invitation card. And I visited her new home”

“Then what happened?” She was eager to know. 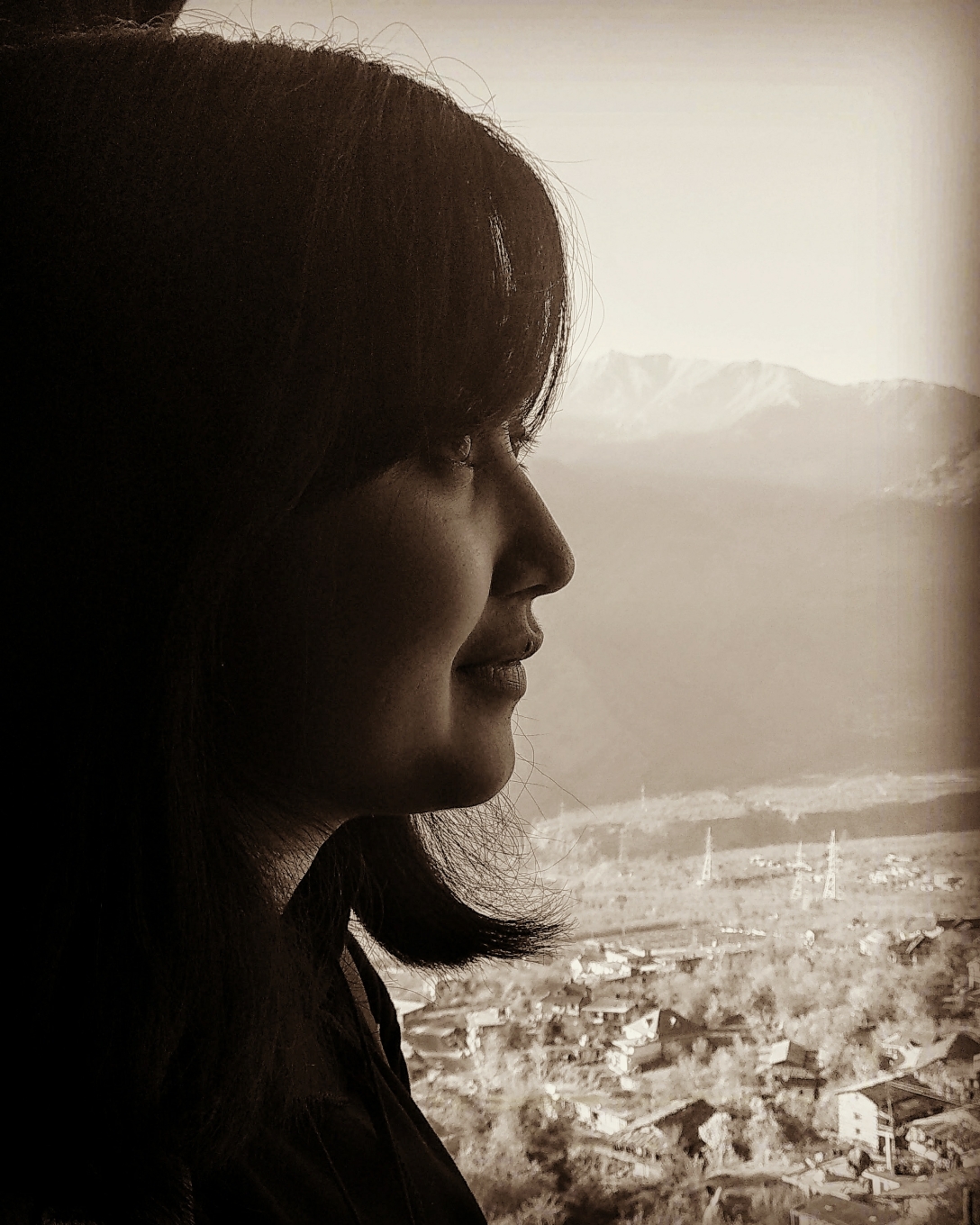 I took a long breathe and said “She is happy without me.”

I was excited to meet her, as after 6 month of online chat or calling, we are going to meet. I just saw her face in pics and saw her in online video chatting. I remember last time I didn’t get to meet her. But this time I was ready waiting for her, hiding a gift, back in my hand. And suddenly I saw her, she had wear a red colourful dress, she was looking pretty. I saw she was hiding her hand back..!! Obviously she too have a gift for me. I was guessing what it can be, as she know what I like or what I don’t.

I was happy and as she came closer, thing I found, I was shocked, why she didn’t tell me about this, I just sit on my bench behind me, she became so sad, she was crying, I can’t see her crying but this time I felt like decieved.

I don’t wanna lose you..!! She replied and sit with me and start crying.

And then she put her head on my shoulder, and I lay down mine on her head. We were quiet, time seem to be stopped. I take out her left hand which she were hiding, never feel wrong for it, it doesn’t bother me, the thing bother me is that you didn’t trust me for this, now it’s okay.

She was quiet and feeling guilty.

You know you smile is most beautiful one, I ever seen, so keep smiling. She was staring at me amazingly.

“Always wear the attitude that you are the best. And If you wanna see the most beautiful person in this world. ”

“See the mirror” I said. 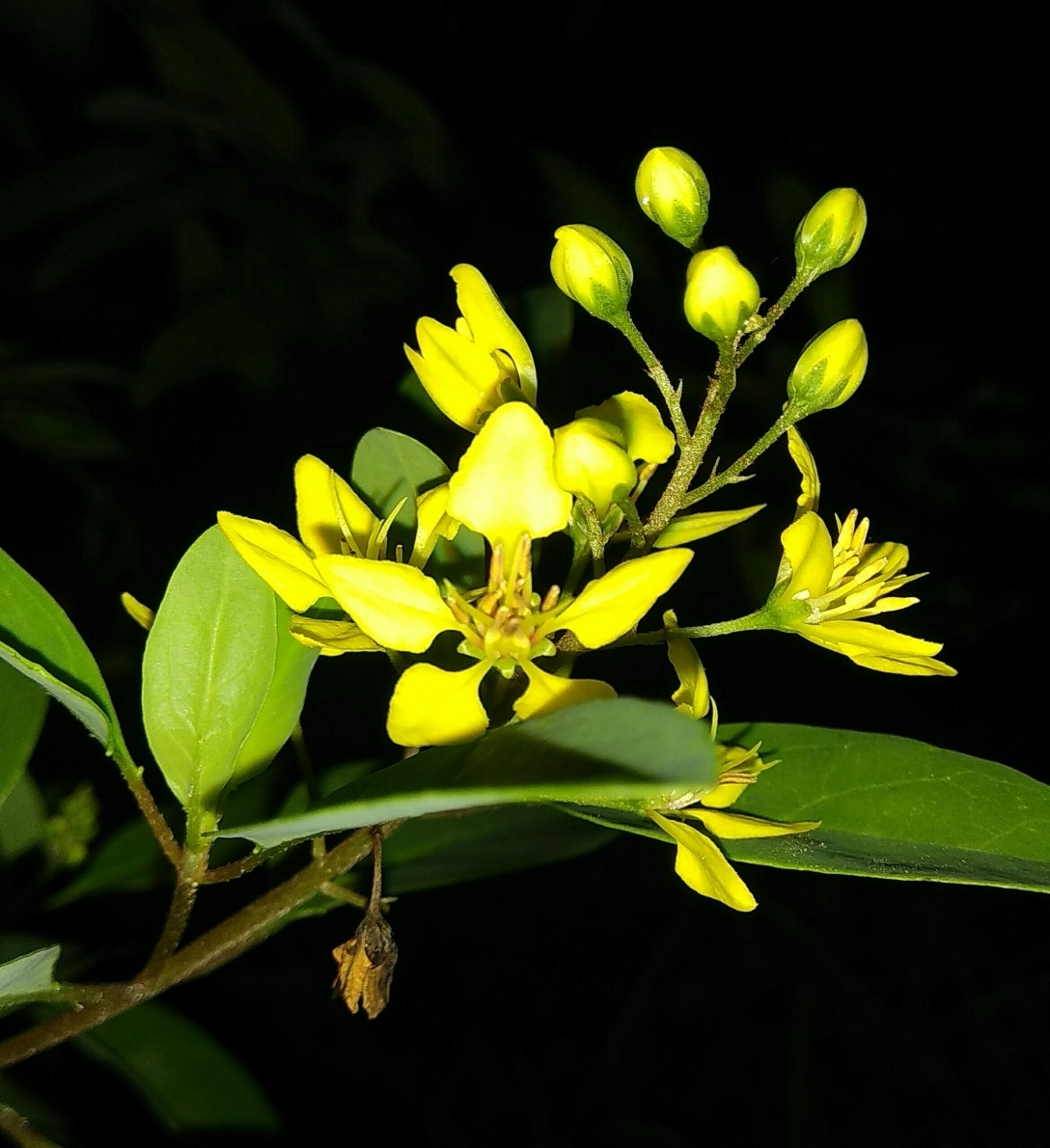 He is man of voice, confident, classic personality, respected too. He is a wrestler. And his body, I have no words for that, always bear a smile on his face. Whenever he pass through market, with that wide chest, folded shirt, at arms, atract everyone’s eyes. Everyone afraid of him from inside.
But that day he was looking li’l bit nervous, he was in my shop asking for a bag, hiding something behind in hands.

And my mind was running to find to answer to the question, “what he is hiding”?

“Drugs..! No.. he is wrestler he didn’t use any kind of drugs.” I was talking to myself.

I gave him small bag but still my question is unanswered.

I was excited to know, so I asked, “what is this?” He saw toward me with those eyes filled with mixture of anger and fear too. He didn’t said anything. And just staring toward me. His legs were shivering very slowly but I observed this, he was biting his nails, and just watching here and there. “Where is your father?” He asked

“He went to home” I replied.

“Tell him, I had taken something, I will give money to him.” he said in strong voice.

I was afraid li’l but still I gear up my strength and said, “well I didn’t give things like this to anyone.” He saw toward with those cold eyes. “Atleast you have to show me, what you are taking from here” I said

He tried to call my father, but my father didn’t replied.

After long interval he open the bag, and show me what’s inside, and then he didn’t have dare to saw directly in my eyes. He give me money and went from that shop. For few days ownward that guy, didn’t saw in my eyes like I had found him killing someone.

Then few weeks later everything get back normal.

But still that day I am wondering, “how a ‘stayfree’ (used by women specifically) made a man, ‘stay_worry’.
dark_anki

He saw the icecream guy near the school, he felt so happy and excited. He can felt the taste of icecream in his mouth, and then he remind of the earlier days, when he ran miles for a icecream. And because of icecream he got more crowd around him too. And after all he got companion as he had no friends. Now he can pass his extra time with this guy. He was mature as compare to his age of children’s. As usual he dream about buying new books, copies, and other stuff. But this time he was dreaming about icecream, how all the flavours taste like, and how he manage to taste different flavours as possible. He love his dress so much, as usual he dream about future, but icecream is something above this all.

And the great thing, now he could easily sell his breads along with this guy.

He was very happy and angry li’l bit after all he was going to meet, the person who made him suffer the whole life, his sinner, whole last year’s he was waiting for this moment. It was specified jail, with ultra security. He was confused, about what to say to that unknown person. How to react in front of him, and by law he had right to kill that trespasser. So he was li’l serious too, as he reached at the last gate. Watching that room, he felt nervousness, but he hold his strength. He entered the room. And as he saw that killer, it made him cry. He became too emotional, he was shocked, after all his criminal was in front of him. He had no strength to kill him. He just fall on his knee and that whole day he cried a lot in front of “those mirror in that room”.

After these long years, he understand.